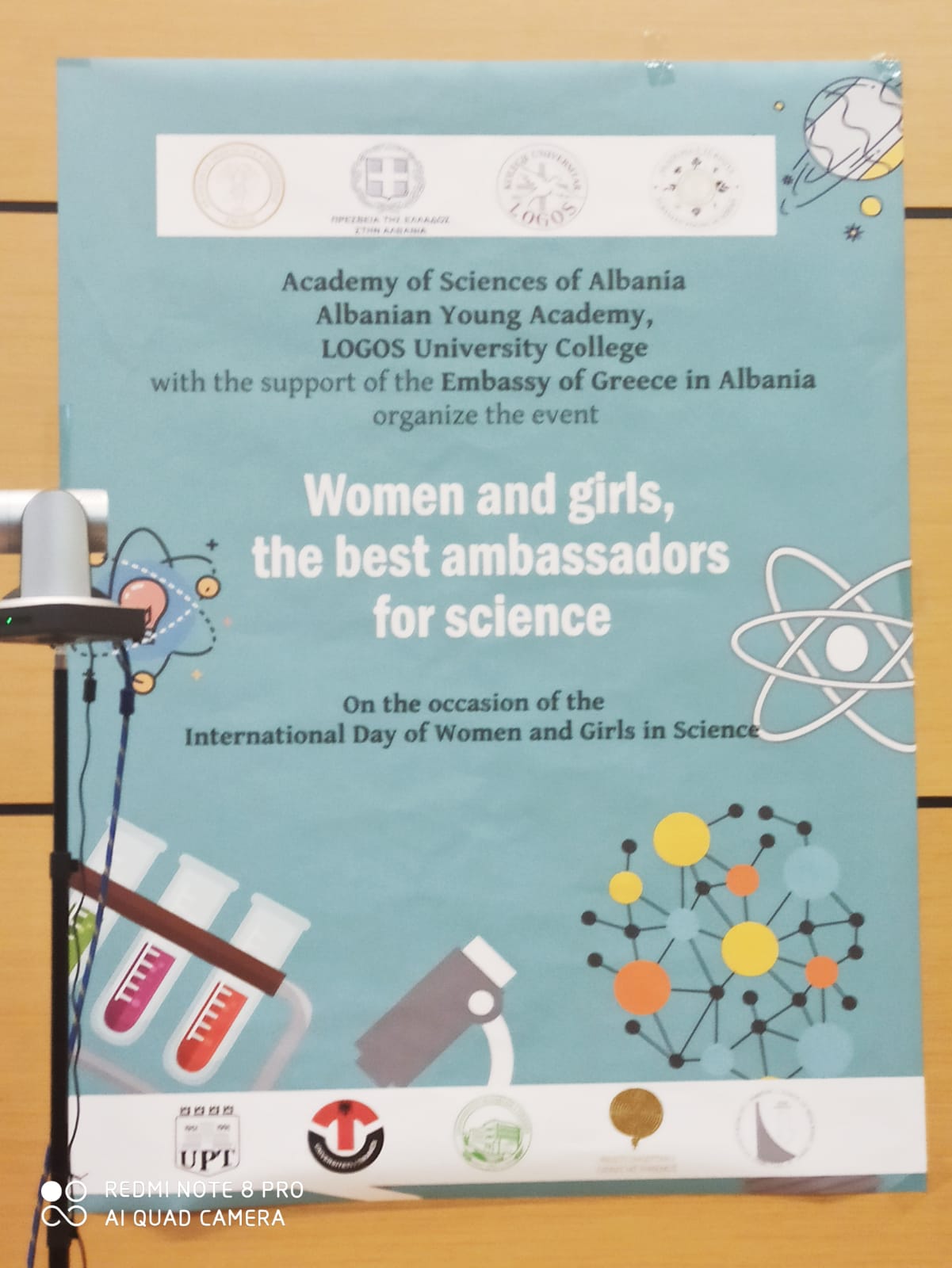 Honorable Chairman of the Academy of Sciences!

The history of design, construction, and operation of hydro-technical works for hydropower production, water supply, and irrigation in Albania is one of the most successful histories of Engineering Sciences in our country. The works built over the years in this sector make us proud in Europe and in the world for the work of our talented Engineers. I can mention only one: Drin River Cascade with 6 large dams up to 167 m high that reserve about 3.5 billion m3 of water.

Although the sector of Water Engineering is one of the most difficult sectors in terms of design and construction of its facilities, in Albania this sector had the contribution of women who have worked in this sector as engineers.

50 years ago, the HPP Vau i Dejes was put into operation. There are built 4 large dams. They have created a reservoir with 500 million m3 of water.

The contribution of the constellation of hydro-technical engineers in the water sector begins in the construction of this HEPP. They were three. A colleague of theirs called: Three nice girls of Vau i Dejes HPP. Their work, ability, seriousness, simplicity, and dignity received the respect and appreciation of their colleagues and the actual generations. They were:

And the success story in the development of the Hydro technical sector continued as did the modest contribution of women in the design and construction of hydro-technical works for energy production, water supply, and agricultural development.

Today, in this sector, we continue to have successful women and girls who lead important sectors of the country such as the Water Resources Management Agency, who are lecturers at universities and consultants in major water supply and environmental protection projects, and many others who work on the construction of hydro-technical works

This story started 55 years ago at the University of Tirana where seven young girls enrolled as students who were the first to start this difficult path. From that time until today, more than 1000 women and girls have finished their studies in the hydro-technical field of this University. They have worked with dedication and seriousness for the construction of hydro-technical works in the field of energy, water supply, and agriculture.

In this presentation, we will speak about one of 7 young girls of 1966 who started to work as engineer 55 years ago. Her name is Natasha Alikaj and today she is present here

After completing her studies, Mrs.Alikaj started her career as an engineer in the water sector of Vlora city.

In 1972 She started working at the Institute of Studies and Design for Irrigation Works. For 25 years she has given her contribution to this Institute by participating as a designer in many Hydro technical works of Irrigation and drainage systems, soil protection, irrigation reservoirs, pumping stations, and various bridges. These works have been built during this time in all areas of Albania from Vlora to Tirana, Durres, Fier, Peqin, etc

During this time, she has been the Member of the Science Council of the Institute

Among the main facilities designed during this time were the dams of Xhafzotaj and Spitalla in Durres, Qestorat in Gjirokastra, Trestenik, and Visociva in Devoll.

During the period 1993 – 1997 he participated in the working group of the Ministry of Agriculture for the project of Rehabilitation of Irrigation works in 7 districts of the country such as Tirana, Durres, Vlora, Saranda, etc.

In 1998 she continued her work at the Institute of Land Studies, the water sector.

Mrs. Alikaj has participated in urban development studies for the areas of Tirana, Durres, Vore, etc.

In the years 2003 – 2006 She was a Member of the National Committee of Large Dams which is an institution of the Council of Ministers that approves dam projects and controls their condition and monitoring.

During this time, she has participated in the preparation of the necessary documentation for a new project started in 2005 regarding the Increase of Dam Safety in Albania, which has analyzed nearly 200 large irrigation dams in our country. ..

In the years 2001 – 2007, she worked on a project financed by the World Bank for the rehabilitation of Irrigation and Drainage systems.

In the years 2007-2014 she was a member of the association “Center for Studies and Consultations” in Tirana where she has done studies for environmental protection in several municipalities and communes of the country such as Ballsh, Golem, Selenica, etc.

The list with her activities of more than 40 years of experience in the field of water and Environmental protection is very long.

I would like to close the presentation here for Ms. Natasha Alikaj wishing her a long and happy life together with her family.

At the end of the speech, I would like to thank the Academy of Sciences for these important Initiatives where the evaluation of specialists in the fields of science and technology is done.

I would like to close this speech with verses of Kadare for teachers :

” Always, they are wise to pain, simple to greatness “

© Copyright by ALBCOLD.GOV.AL 2020. All rights reserved.